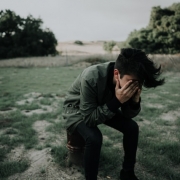 “He ruined my life when he was supposed to be protecting me.”

These are the words of a survivor of the paedophile John McClean, a former teacher and rugby coach in Terenure College in Dublin, who was sentenced last month to eleven years’ imprisonment, along with a three-year suspended sentence, for his crimes.

The trauma and suffering that McClean caused so many young men over decades was heard in court forty-seven years after he abused the first child.

In a powerful article, RTÉ’s Crime Correspondent, Paul Reynolds, recalled the experiences of the twenty-three men whose cases were part of this prosecution and described some of the lifelong impacts they have suffered: “Psychological and psychiatric damage, anxiety and depression, a lack of self-confidence, failed relationships, post-traumatic stress, broken families and addictions to drugs and alcohol … suicide attempts, homelessness and criminality.”

This paedophile was aware of his own power and used it to abuse children and manipulate and control other adults.  He identified and targeted children who were particularly vulnerable, and used a combination of physical strength, pretended friendship, and fear, to abuse them.  He created situations to be alone with children; he was cruel, operating in plain sight, hiding “behind a mask of authority and a cloak of respectability,” and making connections with parents so he could work his way into families’ homes.

The immense courage of these twenty-three men led to this conviction but as far back as 1979 an allegation was brought forward but was dismissed by a member of the clergy as untrue.  What amount of harm and suffering could have been prevented if this allegation were handled differently?

The nature of paedophilia and the types of impacts described above are the reasons why, in both jurisdictions, the Church of Ireland has in place its safeguarding policies and procedures.  This is not an issue for one religion or organisation; this is a risk for every faith and every organisation and no-one must fall into the trap of imagining that ‘this could never happen in the Church of Ireland.’

Safeguarding is at the core of the Church.  As the former Archbishop of Armagh, the Most Revd Dr Richard Clarke, wrote in the introduction to Safeguarding Trust: “Our work and ministry with children, and with adults who may (for whatever reason) be ‘at risk’, is a privilege but also a trust. We cannot betray that trust in any way if we are to fulfil our responsibilities as followers of a Saviour who came into the world that all may know safety and find salvation.”

If this article has affected you in any way, or if you require any more information about any of the topics covered, please feel free to contact the Church of Ireland’s Safeguarding Officers: