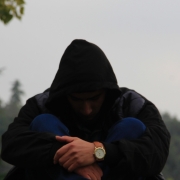 Safeguarding is core business for any charity, particularly those such as the Church of Ireland, which provide a wide range of events and activities for children and young people including residential holidays and camps.

Good safeguarding practice has developed over decades because of the bravery of victims/survivors to speak out about the abuse they experienced, often in the face of fierce and powerful opposition.  Victims/survivors have to navigate their own self-doubts and inner critic and can then be faced by organisational or cultural resistance that seeks to deny, minimise or hide their experiences.

This courage to speak out is evident also in the victims/survivors of abuse perpetrated by John Smyth, a volunteer and leader with Iwerne camps that engaged pupils from private schools which were identified as being the most ‘elite’ schools.  These Varsity and Public Schools Camps (VPSC) and the abuse that occurred within them highlight that child sexual abuse occurs across society regardless of privilege.

In March 2021, the Executive Summary Report of an Independent Case Review into the abuse of John Smyth was published and is available to read at www.scriptureunion.org.uk in the Safeguarding section. This report was commissioned by Scripture Union in England and Wales which had a relationship with the Iwerne camps but in practice operated separately despite being the legal employer of some Iwerne staff.

John Smyth was a trustee of Scripture Union in England and Wales and Iwerne Trust; he was a lay reader, a legal practitioner, and a student of theology and is understood to have been an Iwerne Trust camp leader from 1964 – 1984.  Evidence available to the review suggests at least 26 victims of John Smyth have been identified in the UK and as many as 96 victims in Southern Africa.  There have been two confirmed deaths of boys at camps in Zimbabwe led by John Smyth and a number of attempted suicides among his UK victims.  John Smyth died in Cape Town in August 2018.

A recurring theme in this review is the way in which one person’s judgement (or that of a group of powerful individuals) was considered of more value simply by virtue of their background, status and affiliations.  The views of others deemed to be from a lesser status or background were dismissed and discredited in a way which alienated victims, other professionals, and parents.  Deference to power and status contributed to the abuse of children and made it even more difficult for their story to be told.

Culture evolves constantly and it is argued that you can’t judge behaviour in the past by how we understand things today.  That is not a reasonable argument in relation to abuse.  What is considered abuse now, was abusive in the past and should not have happened.

Victims of John Smyth stated that they felt there was a level of ‘wilful ignorance’ demonstrated by the wider evangelical community and that seemingly comprehensive accounts were actually studies in obfuscation.  Ultimately, there was a failure to safeguard and protect young people and the interests of powerful individuals and organisational considerations were prioritised.

This review highlights how these residential camps offered the ideal environment for someone with intention to harm children.  Aspects of this environment included:

Sometimes good safeguarding practice means standing up to power, speaking out or asking questions when our natural inclination may be to defer or trust those in authority.  This might feel rude, or scary, but the Church of Ireland has committed to a zero-tolerance approach to abuse and any aspects of the culture which ‘defer’ blindly need to be challenged.

If you have been affected by any aspect of this article or would like more information, please don’t hesitate to get in touch with our Safeguarding Officers, whose details are available at https://safeguarding.ireland.anglican.org/contact