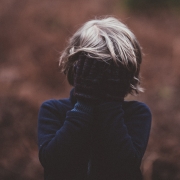 On Thursday, 21st January 2021, a 53-year old man from Dublin became the first person in the Republic of Ireland to be convicted of the crime of ‘coercive control’.  He was sentenced to over ten years in prison after two years of vicious and cruel attacks on his former partner who was commended for her resolve throughout the legal process, and her actions and courage in the face of ‘unimaginable intimidation and terror’.[1]

This crime was introduced into legislation by the Domestic Violence Act 2018 in the Republic, which makes a number of significant, positive and long lobbied for changes to this crucial area of law.

In the past, a culture of ‘turning a blind eye’ to what went on between couples meant that often the victims of crimes and abuse were left alone and unsupported in their suffering.  It is better understood now that this culture of collusion has to change – a shift that is also assisted by the introduction of mandatory reporting of abuse against children under the national Children First guidance.

Coercive control is a persistent pattern of controlling, coercive and threatening behaviour which includes all or some forms of domestic abuse (which may be emotional, physical, financial, and/or sexual, including threats) by a partner, spouse or ex.  Coercive control can very seriously damage someone’s physical and emotional well-being and have lifelong impacts on the well-being of children exposed to it.

National data suggest around one in seven women and one in sixteen men in the State have experienced severe domestic abuse.  The same study found just 29% of women and 5% of men had reported abusive behaviour to the police.   In Northern Ireland, police deal with around 2,500 reports of domestic abuse each month.

Children can be both direct and indirect victims of abuse and there is a strong correlation between domestic abuse and child abuse.  Tusla, the Child and Family Agency, recognises domestic violence as emotional abuse of the child and recommends that child protection referrals are made where a child is present in a home where domestic violence is a concern. This includes a child under a year old.

At a time when families are restricted to home, where stress is so high and where normal routines and social connections are not possible, domestic abuse is a huge concern across our island.  Anecdotal evidence suggests that domestic abuse has increased since the beginning of the pandemic.  Women’s Aid, for example, reported a 41% increase in the calls they received from the start of the Republic’s restrictions to the end of November 2020. The Police Service of Northern Ireland responded to 549 more domestic abuse incidents in April and May last year than in the same months in 2019.[2]

If you are experiencing abuse or have concerns about a child in this situation, help and support is available by calling 101 or 999 in an emergency or through the following helplines: